Painting of a Street Scene – in stages 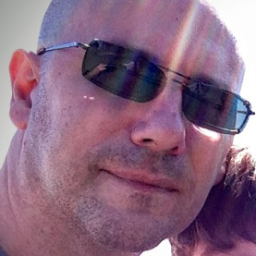 This page will discuss the paintings of rembrandt van rijn.

I will discuss his work from a painters perspective.

When mentioning the greatest artists of all time, Rembrandt’s name will come up on the list. Especially in the United States.

I venture to guess that the non art lover has heard of Rembrandt, but does not know his full name of Rembrandt Van Rijn. He is one of the few names in art history that we know by his first name, along with Michelangelo, Leonardo, Raphael.

Rembrandt is known for his dramatic lighting even though he was simply using the lighting techniques first made well known by Caravaggio.

The technical term for it is chiaroscuro. Large dark areas of a painting with sudden area of bright illumination. This adds to the dramatic effect.

But, let’s take a look at some of his earlier works first…

In looking at an early work, as seen in the image on the left, you can see, even in this small image, that he was trying hard to reproduce textures and was concerned with detail.

How the painting would look if inspected close-up.

Although he paid a good attention to detail in his early works, it’s his later works with their thick impasto, sketchy look, and distinctive application of paint that has made him famous in the present day.

He method evolved as many artists do as he made the change from his early to late periods, but this doesn’t mean that his procedure changed much.

Yes, he probably applied paint differently. Perhaps experimented with his paints and mediums, but even his later paintings still were first made following the procedure of his time.

Such as, an underpainting in dull or monochrome colors, with veilings and solid painting to follow over this preparation.

Now, on the right, this is a later painting. It was done about 9 years before Rembrandt died.

Unfortunately it is hard to see brushwork in these images, and you really need to see the paintings in real life to get a feel for the brushwork (so unusual for it’s time)

This work is still detailed, but it is not “photographic”.

Rembrandt is not concerned with “polish” or a smooth look.

You may say that his work is more “real” than a photograph because he is more concerned with presenting a true and expressive image.

After all, there were no photographs yet in the 1600’s.

Because of the roughness of the paint, you can almost get a feeling of the figure (this being a self portrait) in movement. His eyes, showing a little bit of worry or disdain.

Well, that’s a personal feeling about this painting, but as far the technical production of this work…

This work is produced with a lot of bodied paint that builds the figure.

I feel that the coloring is build up gradually over this “bodied” paint.

This painting is not completed in a modern way of painting…such as trying to make a finished appearance all at once as is so commonly done nowadays.

Rembrandt knew all about the procedures of layering a painting and building it up so he adjusted what he knew about the separation of drawing and color to his new style and methods.